Bloomsbury is located just off I78, exit 7, along  the south side of the Musconetcong River, in the northwest corner of Hunterdon County.  The name is derived from the Bloom family, who were influential in the early history of the town.  It was once part of Bethlehem Township, but was incorporated as a separate borough in 1905.

The Borough was originally known as “Johnson’s Iron Works,” named after the charcoal work of Robert Johnson on the north bank of the river.  In colonial days, ore from the Musconetcong Mountain was carried down to the river and made into “blooms,” masses of wrought iron from the forge.  This is another theory of how the Borough received its name.

Bloomsbury is the third smallest municipality in Hunterdon County.  While the 20th century saw some expansion of Bloomsbury’s residential area, the general character of Bloomsbury as a quiet, tree-lined, small town remains today.  We are proud of our community and hope you enjoy your visit. 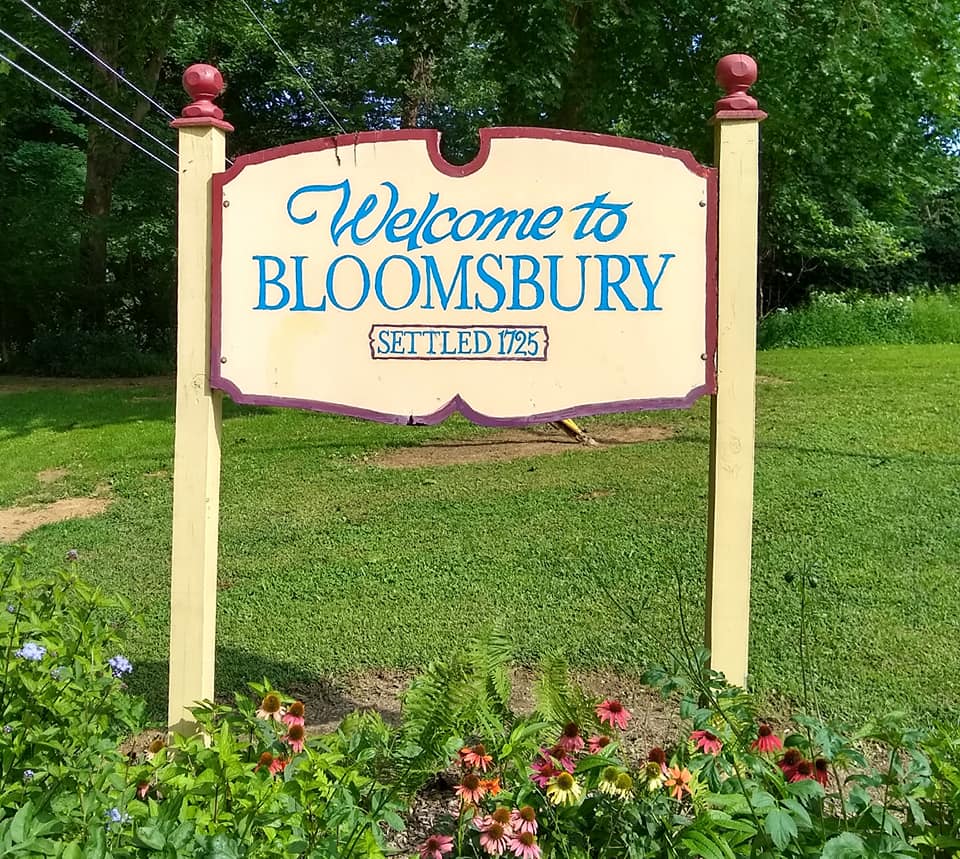